We left camp at dawn for an early morning game drive in an area of woodland near the edge of the vast Serengeti Plain.

Next we spotted a young striped hyaena moving away from us in the grass. He had been disturbed by a passing vehicle. He stopped about a hundred yards away, lay down and began to clean blood off his face.

We rarely see striped hyaena, as the much larger and more agressive spotted hyaena is far more common and, unlike the striped hyaena, is not shy, so this was a very special sighting! Normally if we are lucky enough to see one, it is just a fleeting glimpse, as they flee into the undergrowth. 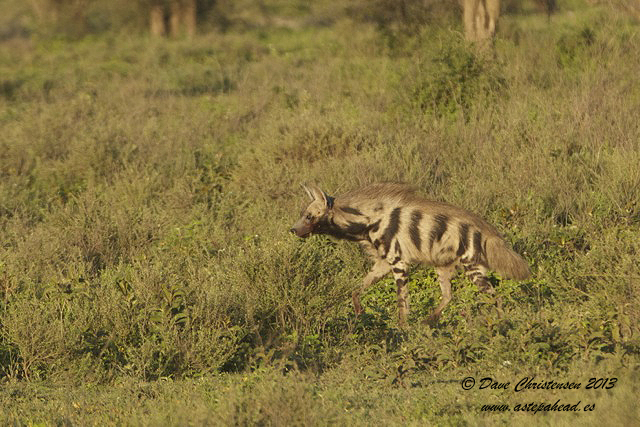 The fact that he did not continue to leave the scene after we had arrived, and that he lay down to clean himself, told me that he must have a kill nearby, and that he had been disturbed. 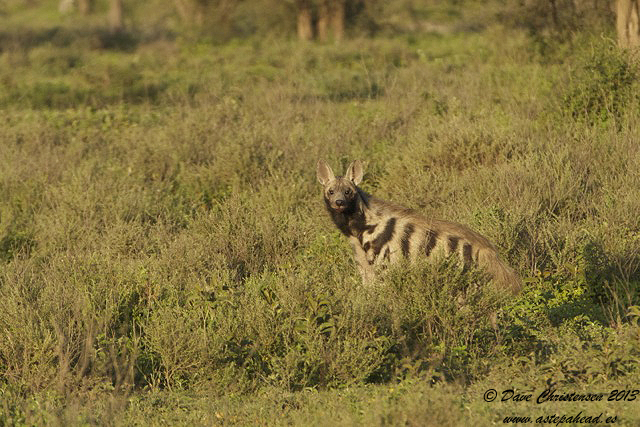 We sat and waited for a few minutes, watching him, before we saw a hooded vulture glide down to the ground from an acacia. Only than did we see two other vultures on the ground behind a bush. The thought of somebody else eating his hard earned meal was too much for the young hyaena, which quickly got up and walked cautiously to his kill, lying nearby in the grass to check the neighborhood for danger. 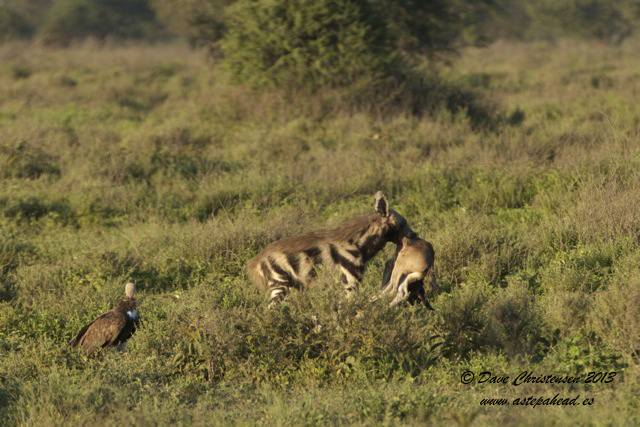 When he was a few yards away from the carcass, he rushed in to chase away the vultures, and seized his prize, a newly born wildebeest calf, which he carried away to a safe distance, and began to feed.

We sat with him for almost an hour, as he ate and scanned the area around him for any sign of danger. After he had eaten his share, he picked up the remains of his kill and walked off, disappearing back into the bush. 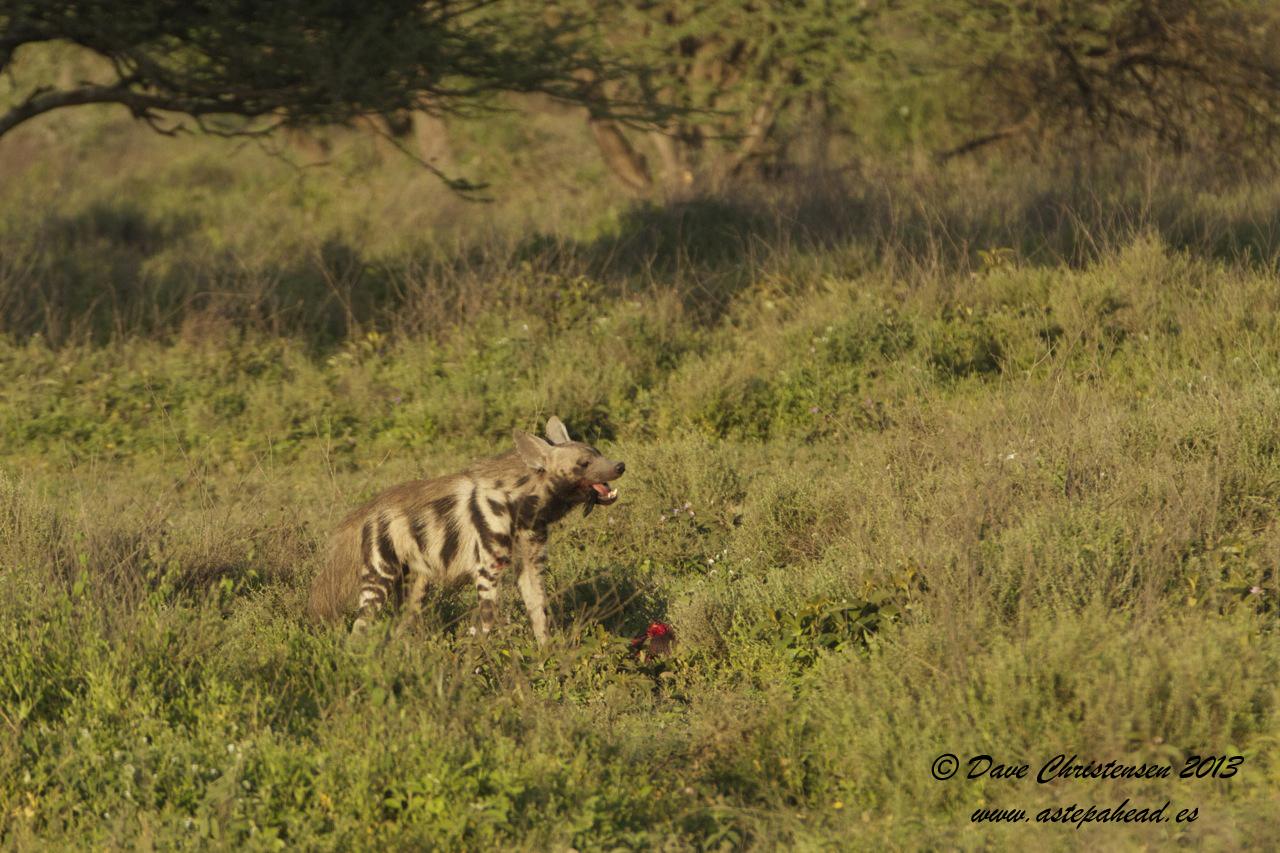